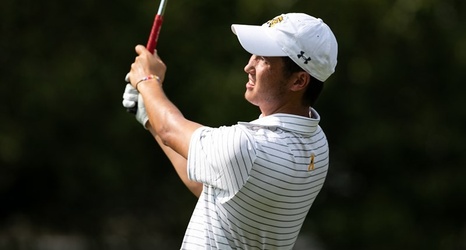 COLUMBIA, Mo. -- Three Wichita State men's golfers finished under par and the Shockers tied for fourth-place out of 14 teams at the Missouri Tiger Invitational.

Polhill carded 11 birdies and three Eagles over three rounds to become WSU's fourth different scoring leader in as many weeks.

Marcus Wochner (69-73-69—211, -5) ended in a tie for sixth-place after a strong showing in Tuesday's final round that included just one bogey.