Shockers Wrap Up Day One of Shocker Spring Invite 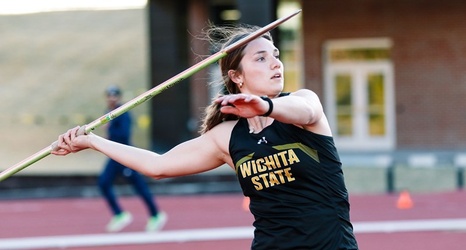 Michael Bryan picked up the first win of the day for the Shockers, throwing 67.79m/222-5 on his fifth attempt in the hammer throw. Samantha Marx also found success in the hammer, taking third with a throw of 48.55m/159-3. Marx followed that up with a javelin win, throwing 40.04m/131-4, with Kourtni Hubert and Erika Hoag placing second and third, respectively, to complete the event sweep for the Shockers.