Shockers Get Back to Work; Tee Off Saturday at David Toms 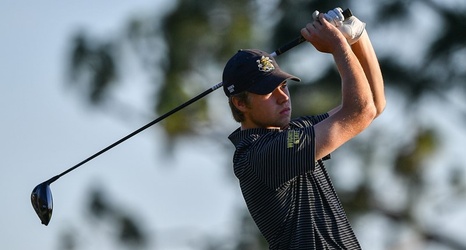 SHREVEPORT, La. – One swing of the club kept Brock Polhill out of the lineup for Wichita State's first two fall tournaments. Countless extra swings helped him earn his way back in.

Polhill will make his 2019-20 debut on Saturday when the Shocker men's golf team opens play at the David Toms Intercollegiate.

The sophomore from Edmond, Okla. had the team's sixth-best score across seven preseason qualifying rounds; one shot back of fifth-place. Lineups, however, are capped at five entries. So while his teammates trekked to West Virginia and Colorado for September tournaments, Polhill stayed behind.