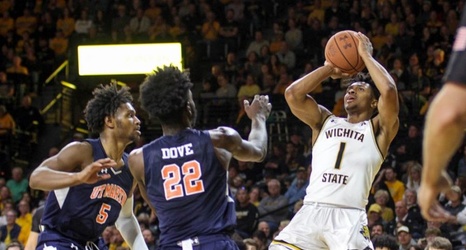 The Wichita State men’s basketball team defeated Tennessee-Martin on Saturday by a score of 103-62.

The Shockers weren’t as dominant in the second half, only outscoring UTM by 14 points with the game already well in-hand.

Jamarius Burton returned from injury after missing last week’s game against Texas Southern. Burton was effective for the Shockers off the bench, especially after starting point guard Grant Sherfield turned the hall over four times.