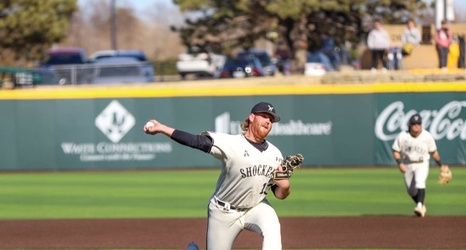 After wrapping up his collegiate career at Wichita State this past spring, right-handed pitcher Connor Holden signed an undrafted free agent contract with the Detroit Tigers.

Despite only being a Shocker for one year, Holden’s impact on the team was tangible. He led the Shockers with a 2.78 ERA and six saves over the course of 25 appearances out of the bullpen.

In 35.2 innings, Holden only allowed 27 hits from his opponents. Holden held his opponents to a .205 batting average, the best on staff.