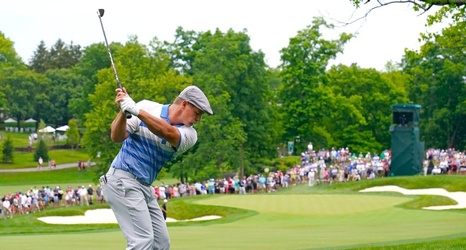 The reigning U.S. Open champion was hit with numerous cries of "Go Brooks," or "Brooksie" throughout the long day that saw him play 33 holes due to the suspended first round, most of the comments stemming from an interview of Koepka at the PGA Championship that was leaked.