ANALYSIS: An in-depth look at which plays hurt the Shockers against Cincinnati 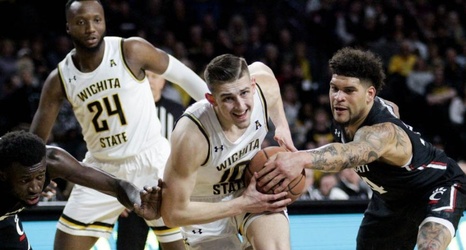 Wichita State sophomore Erik Stevenson gets stripped by Cincinnati's Jarron Cumberland during the first half of the game against Cincinnati on Feb. 6 inside Charles Koch Arena.

In the second half of Wichita State’s game against Cincinnati on Sunday, sophomore guard Erik Stevenson pleaded to Head Coach Gregg Marshall. He reiterated that he believed Cincinnati’s star player Jarron Cumberland was hurt, and he wanted the Shockers to drive at the senior because he could be a defensive liability.

Marshall didn’t necessarily see Cumberland as hurt, but on separate occasions, the guard could be seen bleeding from his lip and limping to the free throw line after grimacing on the court.