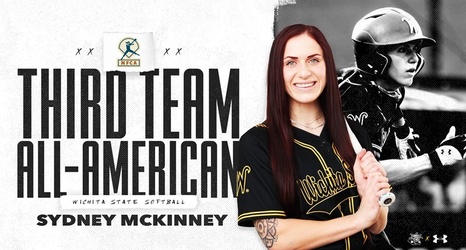 The Norborne, Mo., native broke the Wichita State single season record for hits (87) and batting average (.439) in 2021. Her 87 hits ranked second nationally, while her .439 average ranked No. 23 and led the American Athletic Conference. Considered one of the toughest to strikeout at the plate, McKinney struck out only four times this season in 198 at bats.