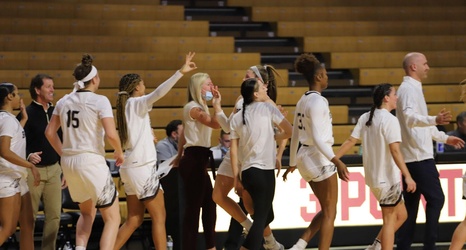 The Broncos were led by Lauren Ross with 23 points. Ross also had nine rebounds, three assists and two steals. Taylor Williams collected a double-double with 12 points and 12 rebounds, adding three steals. Reilly Jacobson had 11 points and led the team with four assists to go along with two blocks and two steals.

The Broncos opened the game on a 11-2 run. Leading by seven at the beginning of the second quarter, the only tie of the game came later in the second at 21 as Detroit Mercy battled back.