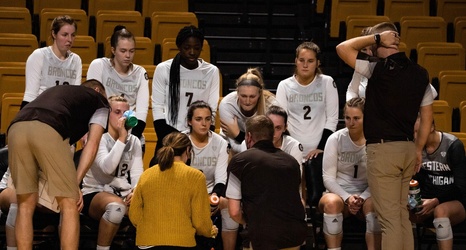 Western Michigan volleyball earned a 3-1 victory over Akron at University Arena Friday in the second-to-last home match of the season for the Broncos.

“Hats off to Akron, they played a fantastic game,” head coach Colleen Munson said. “They were digging everything we were trying to hit. We had to move our shots around… they were fighting the fight the first couple sets.