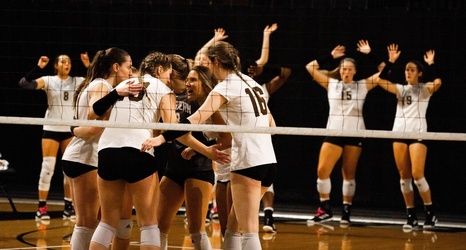 The Broncos won 25-20 in a back-and-forth first set that featured nine ties and five lead changes. King led with seven kills and Case had 14 assists.

WMU completed a comeback in the second set, winning by the same score 25-20.