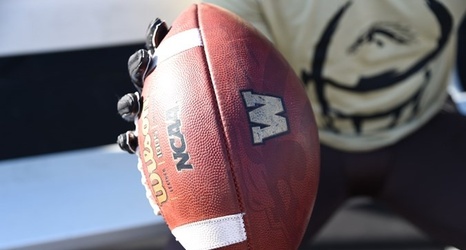 CLEVELAND – The Western Michigan football team was picked to finish fourth in the Mid-American Conference West division, as voted on by the media representatives who cover the league on Thursday.

In the East division, Buffalo was picked to finish first with 135 points and 19 first-place votes.