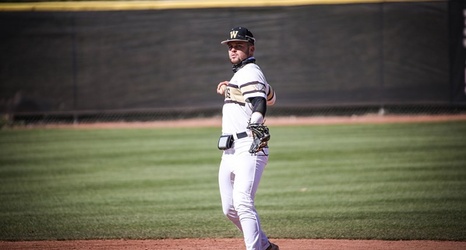 KALAMAZOO, Mich. – The Western Michigan baseball team notched a pair of victories over Akron (13-2, 7-6) on Saturday afternoon inside Robert J. Bobb Stadium at Hyames Field to claim its first Mid-American Conference series of the season.

On Saturday the Broncos posted 20 runs on 25 hits against the Zips with four extra-base hits including two home runs. As a team the Broncos registered a .455 batting average with six players hitting over .300 in the doubleheader. On the mound Western Michigan held Akron to eight earned runs on 19 hits while striking out 12.