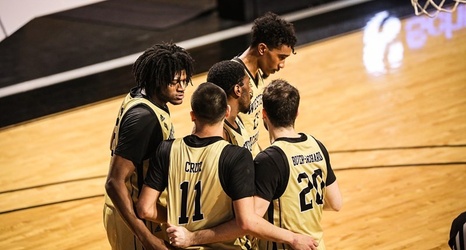 KALAMAZOO, Mich. – In the final game of the regular season the Western Michigan men's basketball fell to in-state foe Eastern Michigan 64-63 in a heartbreaker on Friday night inside University Arena.

Trailing by four with 30 seconds left WMU freshman guard Josiah Freeman knocked down the last of his five three-pointers on the night to trim the Eastern Michigan lead down to one. After EMU went 1-of-2 from the free-throw line on the ensuing possession, senior forward hit a 15-foot jumper from the free-throw line with 5.8 seconds remaining to tie the game at 63.