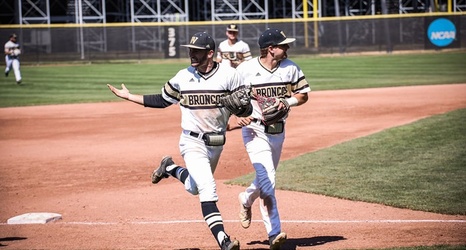 KALAMAZOO, Mich. – In the final game of the regular season the Western Michigan baseball team sent the senior class out in style with a 6-3 victory over Ohio on Sunday afternoon inside Robert J. Bobb Stadium at Hyames Field.

The Broncos end the regular season with an overall record of 24-26 and 23-17 in Mid-American Conference play. Western Michigan's 23 conference wins is tied for the most in a single-season in school history, also have 23 back in 1989. The Broncos' 24 overall wins is the most since 2017.

In the series finale the Broncos scored six runs on eight runs with five different Broncos registering a hit on Sunday.