Wade Allison Named NCAA No. 3 Star of the Week 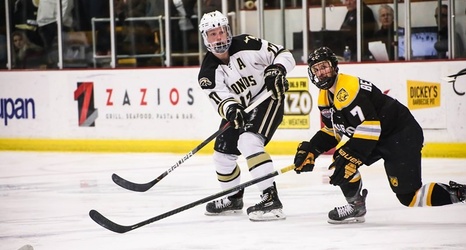 KALAMAZOO, Mich. – Western Michigan hockey junior forward Wade Allison has been named the NCAA No. 3 Star of the Week for his performance in WMU's sweep of Colorado College over the weekend.

Allison had five points on two goals and three assists as the Broncos beat the Tigers 5-2 on Friday and then 6-2 on Saturday. In Friday's win he netted Western Michigan's second goal of the game to put the Broncos up 2-0 at 14:44 in the first period. The goal was his second on the season. In Saturday's win he had a goal and three assists, while finishing +4 and firing off six shots on goal.