Volleyball Falls in Four to BGSU in MAC Championship 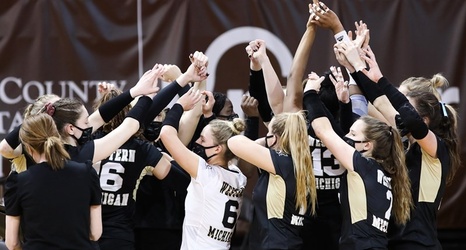 Western Michigan's season comes to an end after posting an overall record of 18-5 and 17-4 in conference play. WMU's 17 MAC wins this season was tied for the second most in a single-season in school history and the most since 2000.

The Broncos went down swinging in the championship match as WMU hit .