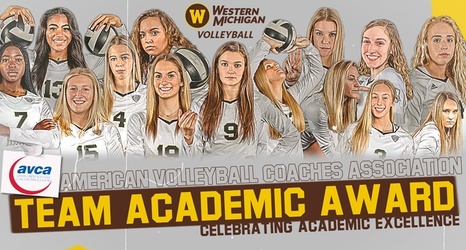 This is the seventh time the team has earned the honors under head coach . The Broncos had five student-athletes, , , , and , earn Academic All-Mid-American Conference honors this season. Bontrager was also named a First Team COSIDA Academic All-District selection.