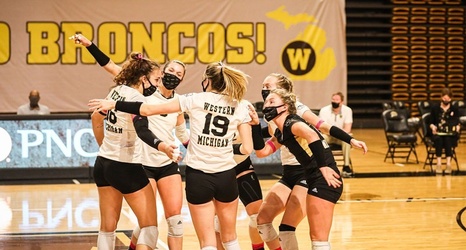 Western Michigan never trailed until the first point of the third set and registered a stellar .376 hitting percentage to NIU's .211. The Broncos had six players earn at least two kills and two record double-digit kills.

With the win the Broncos have now won nine of their last 10 matches and clinched the No.2 seed in the upcoming Mid-American Conference Tournament.