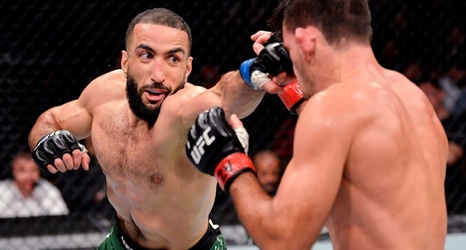 GLENDALE, Ariz. -- UFC 263 headliner Israel Adesanya defends his middleweight title against Marvin Vettori in the main event of Saturday's stacked card. Adesanya defeated Vettori by split decision in 2018, a close fight that was one of Adesanya's most difficult en route to the title. Vettori firmly believes he won that bout -- and he's looking to eliminate all doubt with UFC gold on the line.

Adesanya, who will be vying for his third successfull title defense, is ranked No. 3 on ESPN's pound-for-pound list, and he's No. 1 at middleweight while Vettori is No.