Three in Double Figures as WMU Falls to Miami, 74-66 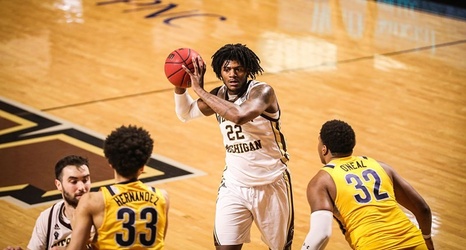 For the ninth time this season the Broncos had three players score in double figures as sophomore B. Artis White led the way with 20 points, matching his career-high. It's the third game this season White has scored 20 points to go along with his 15th double-digit scoring game.

White was 7-of-15 from the field against Miami while knocking down a career-high six three-pointers.