Ranking the top five WMU hockey players of all time 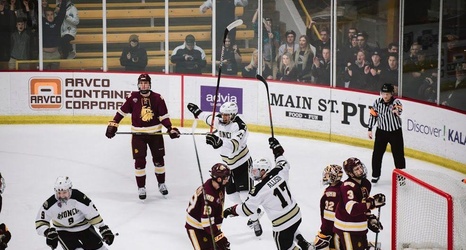 In the program’s 47 years of existence, the Broncos have had an abundance of players that have skated on Lawson’s ice that have made an eternal mark on WMU hockey.

Here are my top five Western Michigan hockey players of all time.