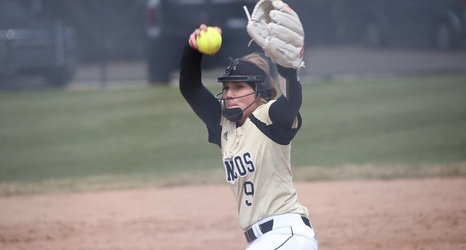 DeKALB, Ill. -- The Western Michigan softball team got a pair of strong pitching performances from Sydney Stefanick and Reilly Galloway, splitting a doubleheader on the road at Northern Illinois to open a four-game Mid-American Conference series. The Broncos took game one, 8-5, as Stefanick went the distance in the victory. NIU took the night cap, 2-1, despite managing only two hits off Galloway, who also went the distance.

The teams have altered their weekend schedule due to expected inclement weather in DeKalb on Saturday and will now take tomorrow off before playing a doubleheader on Sunday, April 11, beginning at 1 p.