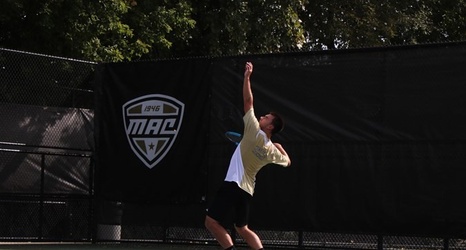 KALAMAZOO, Mich. - The Western Michigan men's tennis team will travel to East Lansing for a non-conference match against Michigan State, which is set for tomorrow at 6 p.m. The Broncos have won their last two meetings with the Spartans, which included a 7-0 victory last season in Kalamazoo.

SCOUTING THE SPARTANS
Michigan State boasts a young line-up, with three freshmen and two sophomores seeing significant playing time early on. They have began the season with a 3-3 mark overall, following a pair of losses last weekend to Penn and Cornell.

Sophomore's Carson Gates and Anthony Pero lead their team in singles with three wins each.