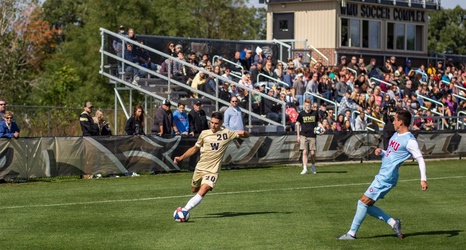 After winning five games in a row, Western Michigan was held to a 1-1 draw against defending Mid-American Conference champion Akron, bringing their record to 9-4-1 and 1-0-1 in the conference.

The Broncos stuck early with a goal by Eric Conerty 44 seconds into the game, good for the quickest goal this season. Freshmen Brennan Creek and Charlie Sharp earned the assist giving Creek a team-high six assists and extending Sharp’s point streak to five games.

"It was a story of two halves today," said head coach Chad Wiseman via press release. "Even though we scored early in the game, Akron was at its best in the first half.