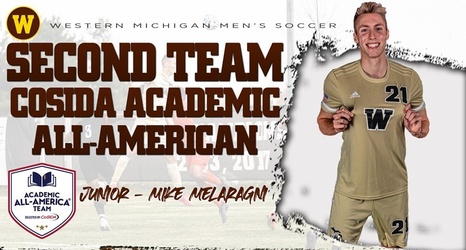 The Rochester, Mich., native becomes the fourth Bronco in program history to be named a COSIDA Academic All-American and the fifth overall selection, all coming under head coach Chad Wiseman. He is one of eight of the 33 Academic All-American to sport a perfect 4.0 GPA, majoring in biomedical sciences.

Melaragni was a First Team All-Mid-American Conference and Second Team United Soccer Coaches All-North Region selection after leading the Broncos in points, goals and assists on the season.