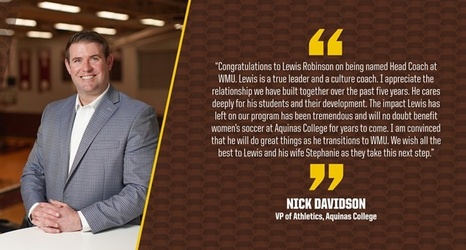 KALAMAZOO, Mich. – The Western Michigan Division of Intercollegiate Athletics and Director of Athletics Dan Bartholomae have announced the hiring of Lewis Robinson to the position of head women's soccer coach.

He also has extensive experience at the youth level, where he was the executive director of Midwest United FC.