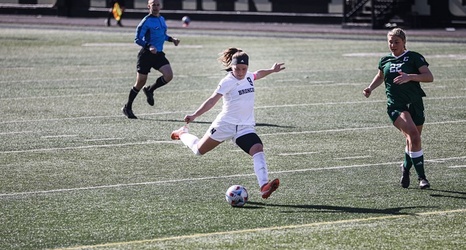 Korhorn led the Broncos with five goals and was tied for third in the MAC.