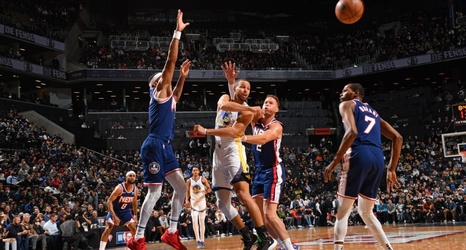 BROOKLYN, N.Y. -- After the Brooklyn Nets were routed by the Golden State Warriors on Tuesday night on their home floor, losing 117-99 to fall to 0-4 this season against the Warriors, Miami Heat, Chicago Bulls and Milwaukee Bucks, Nets coach Steve Nash said his team doesn't belong in the same conversation as those teams yet.

"Well, I just don't think we're in that category yet," Nash said, after Brooklyn was blown out in the third quarter Tuesday night despite Stephen Curry sitting for the majority of it with foul trouble.