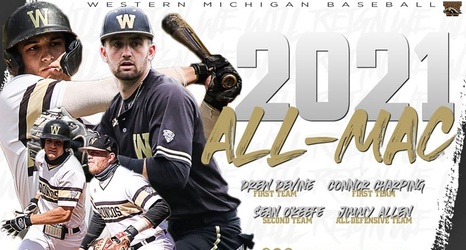 WMU's four all-conference selections was second most in the conference behind CMU, Kent State and Ball State with seven each. It's the first time since 2008 the Broncos have had two named First Team All-MAC.