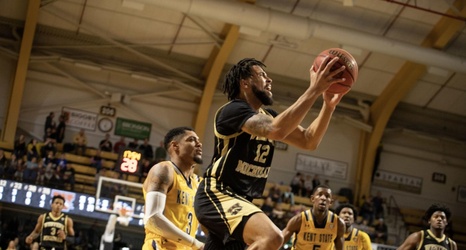 Former Western Michigan guard Michael Flowers has been granted an immediate eligibility waiver by the NCAA following his transfer to South Alabama.

The NCAA had initially denied the immediate eligibility request, leading Flowers to take to Twitter to express his frustration with the situation and WMU. Jeff Goodman of Stadium was the first to report the reversal of that decision by the NCAA.

Flowers, who led the Broncos in points, assists, 3-point field goals, and free throws, entered into the transfer portal following the release of longtime head coach Steve Hawkins. Flowers cited his connection with Hawkins, who recruited him and helped him through the passing of his mother to pancreatic cancer his freshman year, and disappointment that the program let him go as his main reasons to transfer.