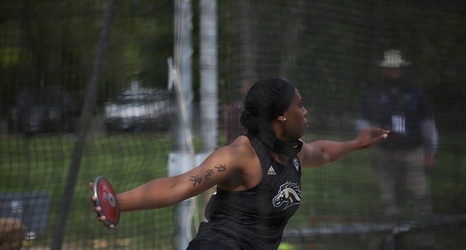 JACKSONVILLE, Fla. – The Western Michigan track and field season came to an end after senior Aniya Davis competed in the discus throw at the NCAA East Preliminary Championships at the University of North Florida on Saturday afternoon.

The performance concluded a big season of firsts for Davis. The Grand Rapids, Mich., native, along with classmate Taylor Eaton, became the first throwers to score in the weight throw at the Indoor MAC Championship for the first time since 2013.