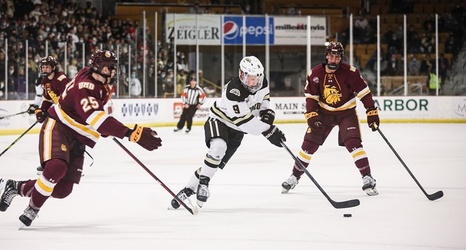 The win was WMU's sixth in a row, improving the record to 12-4-0 overall and 5-3-0 in National Collegiate Hockey Conference play.

Five different Broncos scored on the night, while Ty Glover led the way with a goal and an assist. Cole Gallant, Tim Washe, Ronnie Attard and Luke Grainger also lit the lamp. Western Michigan outshot Miami 42-21 overall, including 35-14 in the second and third periods.