Broncos Fall to Boilermakers on the Road 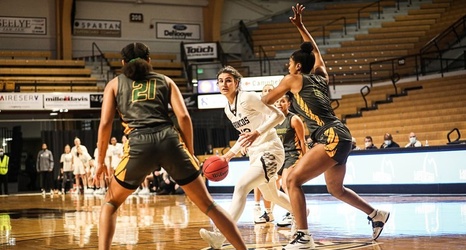 KALAMAZOO, Mich. – Western Michigan women's basketball fell on the road to Purdue on Sunday afternoon by a final score of 70-62 despite a strong effort behind enemy lines.

The Boilermakers (2-0) got off to a hot start with an 11-0 run in the opening two minutes of Sunday's contest, including back-to-back three's in their first two possessions. Western Michigan (1-1) responded coming out of a timeout with five straight points, and ended the first quarter making five of their final seven shot attempts in the period.

WMU played Purdue tough in the second quarter, going on an 8-0 run coming out of the media timeout, where sophomore guard Lauren Ross and redshirt-senior forward Reilly Jacobson were the catalysts.