Broncos Fall Short at No. 14 Denver 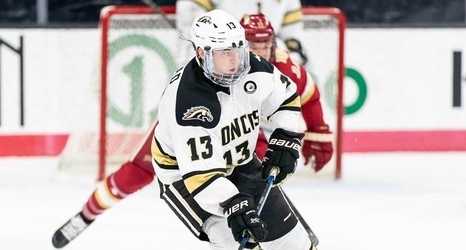 DENVER – The ninth-ranked Western Michigan hockey team suffered its first road loss of the season, falling to No. 14 Denver, 5-3, at Magness Arena on Friday night.

Western Michigan took a very early 1-0 lead on goal by Joyaux just 43 seconds into the game. Joyaux fired the puck toward the net from the middle of the blue line and Worrad provided a screen on DU goalie Magnus Chrona as it found the back of the net.