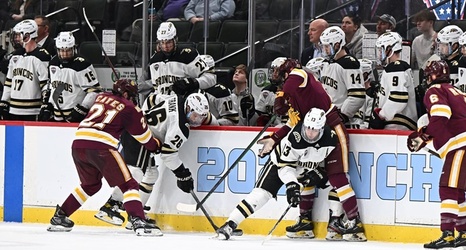 The Bulldogs jumped out to a 1-0 on an early goal by Dominic James at 5:26 in the first period. James go the puck in the UMD zone and skated all the way down, firing a shot that deflected off of a Bronco defenseman's stick and into the net.