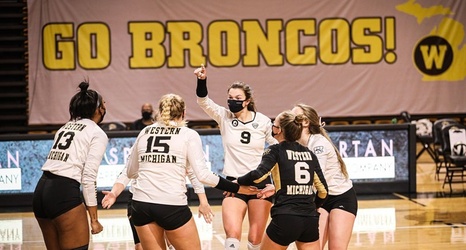 KALAMAZOO, Mich. – On Sunday afternoon inside University Arena the Western Michigan volleyball team picked up its 10th win of the season in a three-set victory (26-24, 25-21, 25-22) over Ball State, marking the first sweep of Ball State since 2016.

The win improved WMU's overall and Mid-American Conference record to 10-3. It's the first time since 2015 and the 20th time in school history the Broncos have reached at least 10 conference wins. Western Michigan has won four straight matches and has won nine straight sets.