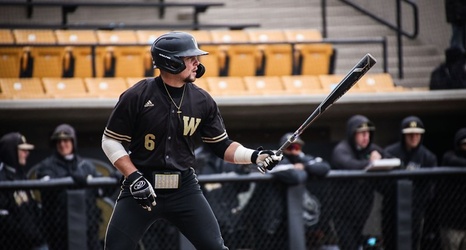 KALAMAZOO, Mich. – In a back and forth extra innings battle the Western Michigan baseball team dropped the series opener to Ohio, 8-5 on Friday afternoon inside Robert J. Bobb Stadium at Hyames Field.

After going back and forth through the middle innings the Broncos held a 5-4 lead heading into the top of the ninth before Ohio scored one run on one hit to send the game to extra's. In the top of the tenth the Bobcats scored three runs to widen its lead to 8-5. In the bottom half of the inning the Broncos placed runners on first and second before back-to-back groundouts secured the Ohio victory.