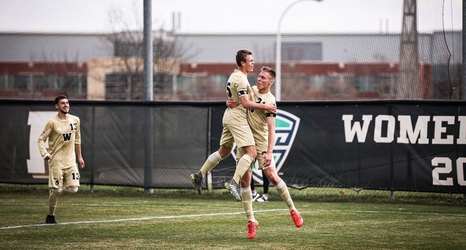 KALAMAZOO, Mich. – The Western Michigan men's soccer team picked up its sixth win of the season and fourth in Mid-American Conference play after defeating Bowling Green, 2-1, at the WMU Soccer Complex on Wednesday afternoon.

WMU scored twice early and then held off a charge from the Falcons in its third home win of the season. The Broncos picked up goals by Dylan Sing and Mike Melaragni, while Isaac Walker made two saves, both in the second half to hold the lead.