Broncos and Zips Finish in a 1-1 Draw 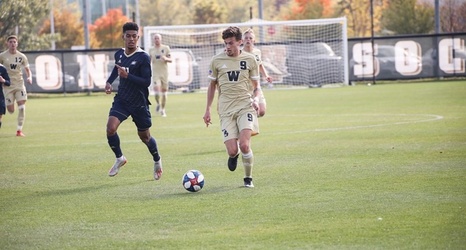 KALAMAZOO, Mich. - The Western Michigan men's soccer team battled Mid-American Conference opponent Akron to a 1-1 draw in front of an enthusiastic crowd at the WMU Soccer Complex on Sunday afternoon. With the result, the Broncos (9-4-1, 1-0-1 MAC) remain unbeaten in their last six matches, and also remain undefeated in conference play through two games following their victory at West Virginia last Sunday.

"It was a story of two halves today," said head coach Chad Wiseman. "Even though we scored early in the game, Akron was at its best in the first half.