BREAKING: WMU's Jaylon Moore selected at pick 11 in the fifth round of the NFL Draft by the San Francisco 49ers 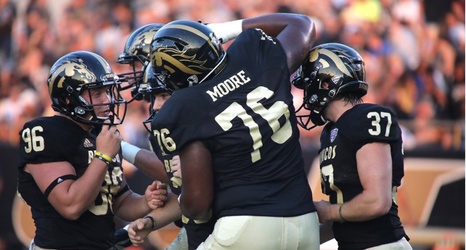 Former Western Michigan offensive tackle Jaylon Moore has been selected by the San Francisco 49ers at round five, pick 11 in the 2021 NFL Draft.

Moore is the second Bronco drafted this season, with wide receiver D’Wayne Eskridge having been selected in the second round at No. 54 overall by the Seattle Seahawks. This is the first time a WMU offensive lineman has been drafted since Chukwuma Okorafor was taken with the No. 28 pick in the third round (92 overall) in 2018 by the Pittsburgh Steelers.

After moving from defensive end to tackle early in his career at WMU, Moore became a three-year starter for the Brown and Gold and earned second team All-MAC selections in 2019 and ‘20.