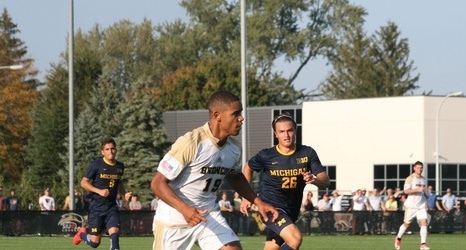 Bye earned a place on the third team among college soccer players who played between 2010-2019.

Bye is the only player who went to a Michigan university to have the honor of making the list. Hailing from southwest Michigan from Portage, Bye played 67 games for the Broncos, earning 63 points on 22 goals and 19 assists. Bye also became WMU's first ever MAC Player of the Year after leading the Broncos to a conference championship in 2017.