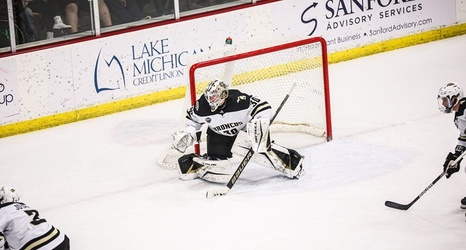 KALAMAZOO, Mich. – Western Michigan hockey's Brandon Bussi has been named one of 28 goalies to the 2022 Mike Richter Award Watch List by the Hockey Commissioners Association on Thursday.

The Richter Award has been presented annually to the nation's top men's college hockey goalie since 2014.

Bussi has played in and started every game this season for the Broncos, posting a 14-5-0 record with a 2.39 goals against average and a .916 save percentage. Bussi has also posted two shutouts on the season, one against Ferris State and the other against No.