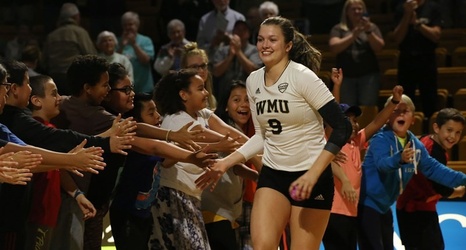 Bontrager earns preseason All-MAC honors after a stellar junior campaign in which she led the MAC with 414 kills, averaging 3.