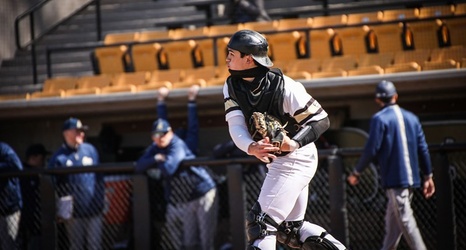 KALAMAZOO, Mich. – On a sunny Sunday afternoon at Robert J. Bobb Stadium at Hyames Field the Western Michigan baseball team defeated Akron 3-0 to complete the four-game sweep of the Zips.

Western Michigan scored three runs on five hits with four different Broncos earning a hit on Sunday. Of WMU's five hits, two were for doubles with junior Connor Charping being the lone Bronco to record a multi-hit game.

On the mound the Broncos used seven different pitchers and held Akron to just three hits while striking out nine batters. The Zips were held without a hit until the top of the fifth and had a runner in scoring position in just four innings.