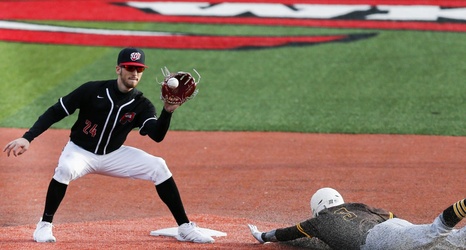 The WKU baseball team (6-2) hosted Austin Peay (3-5) for its second midweek game of the 2020 season on Tuesday, and the Hilltoppers overpowered the Governors in a 10-5 decision at Nick Denes Field.

Head coach John Pawlowski's squad was forced to make yet another last-minute adjustment this week, shifting its road game against the Governors from Raymond C. Hand Park in Clarksville, Tennessee, to another home game at Nick Denes Field in Bowling Green.