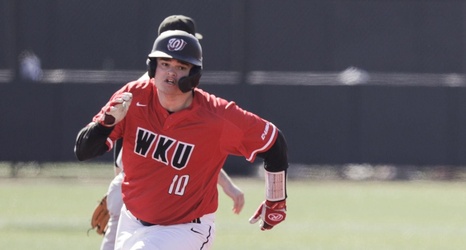 The WKU baseball team (8-4) hosted Belmont (10-3) for its third midweek game of the 2020 season on Tuesday, and the Hilltoppers lost to the Bruins in a 9-7 decision at Nick Denes Field.

Prior to Tuesday, WKU and Belmont had met 50 times in program history. The Hilltoppers owned a slight 26-24 edge in the all-time series against the Bruins, collecting victories in each of the past five matchups between the two programs.

Graduate infielder Davis Sims recorded a career-high four hits and five RBIs in WKU’s latest meeting with the Bruins, but it ultimately wasn’t enough to claim a back-and-forth battle.