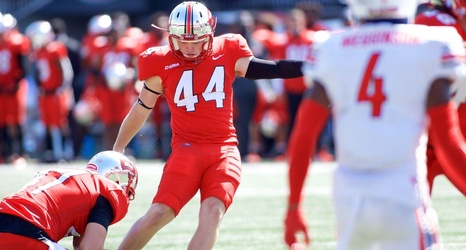 Midway through the second quarter Saturday against UAB at Legion Field, Western Kentucky quarterback Kevaris Thomas took the snap, rolled to his right, bought time and found Josh Simon in the end zone for his second touchdown pass of the day.

WKU head coach Tyson Helton uses that play as an example of what he wants to see more of from the redshirt sophomore when he makes his second start Saturday against Chattanooga at Houchens-Smith Stadium. The Hilltoppers are looking to get back on track for the second half of the year after a 1-4 start.

"I'd like for him to make plays outside of a good play that's called," Helton said Thursday.