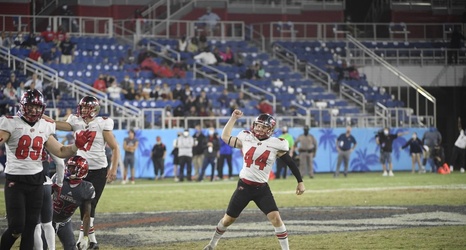 Narveson earned a spot on the Lou Groza Award Watch List, while Haggerty was named to the Ray Guy Award Watch List. The Hilltoppers were one of 12 programs with both a kicker and a punter honored.

After transferring to WKU in the summer of 2020, Narveson won the starting kicking job during fall camp and didn't look back, producing one of the most accurate campaigns in WKU's 102-season program history. The redshirt sophomore transfer made 13-of-14 field-goal attempts and was 27-of-27 on extra-point tries in 2020, scoring 66 total points in 12 games.