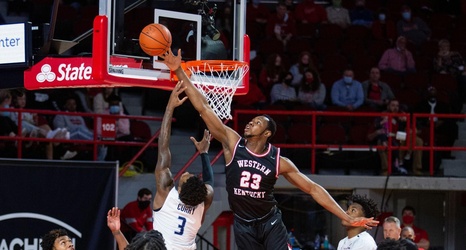 Western Kentucky junior center Charles Bassey has been named to the 2020-21 Academic All-America Second Team, as announced Friday by the College Sports Information Directors of America.

He's also one of four players in the country to be named a college basketball All-American by one of the five national consensus outlets, in addition to being named an Academic All-American. The other players to receive both honors were Gonzaga's Corey Kispert, Loyola-Chicago's Cameron Krutwig and Villanova's Jeremiah Robinson-Earl.

Bassey was named an All-American for his work on the hardwood by several outlets this year, including USBWA (Third Team), USA TODAY (Third Team), Basketball Times (Second Team) and Lute Olson Award.